This website does not support Internet Explorer, We recommend Chrome.
City Home PageGovernmentBoards and CommitteesHistoric and Landmark Preservation CommitteeHistoric Families of ChesterfieldMoehlenbrock Family

William Moehlenbrock Sr. (1896-1958) married Elizabeth Hartmann.  They had one son, William Jr. (1928-1989).  William Sr. owned and operated the Sunrise Bakery on McCausland in St. Louis.  In the 1940s, he purchased 100 acres of pasture and tillable property off Shephard Road from his cousin, Mr. Hagermier.  He moved his family into a home on Christmas Valley Road which had a mail route address of Chesterfield, Missouri.  After the death of Elizabeth, William married Mildred Habenicht.  The Moehlenbrock family shopped at Graczek’s Store at Clarkson and Manchester Roads and at the Kroeger Store at Clarkson and Clayton Roads.  They attended the Christian Science Church in Kirkwood and later they attended the Christian Science Church at Highway 40 and Mason Road.  Mildred continued to live on the farm following William’s death. 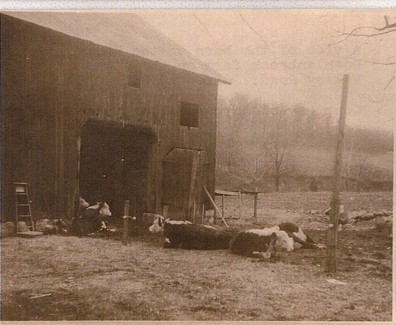 
Source
Margaret Moehlenbrock was interviewed by Christina Landram and Arland Stemme on 23 October 1998.