Today a variety of businesses are located at the intersection of Olive Boulevard and Chesterfield Parkway.  However, one hundred years ago the intersection looked very different.  The streets, named Olive Street Road and Schoettler Road, were each two lanes and unpaved.  A combination of businesses, private homes and open spaces were situated around the intersection and the area was called Hilltown. The Broemmelsick home and auto dealership, the Henry Seiler house and the Kraus home were located on the corner where the Shell Station is today.  Across Olive Street Road, the Hoch General Merchandise Store and Herman Stemme’s house were on the current sites of Charlie Gito’s Restaurant and Schnucks Market.  Anna L. Andrae owned the property where the BP Service Station is currently located and Jacob Seeger’s Blacksmith Shop was on the southwest corner of the intersection.

Some members of the Seiler family were active in the St. John’s E. & R. Church, which offered a service in German once a month.  Henry sang in the choir, Clara served in the Ladies’ Aid Society, and Aurelia played the organ.  She learned to play from Sadie Kraus Elert and started playing for the church when she was only fifteen years old.  She continued to play the organ for the next twenty years.  Besides being an active church member, Henry served on the Bellefontaine School Board along with George Burkhardt and Herman Stemme.

All of the Seiler children married.  Elmer married Helen Seppel, Edmund married Georgia Knapp (1911-1989), Arnold married Lillian Clarkson and Aurelia married Harold Eberwein.  Clarkson and Eberwein were familiar family names in the Chesterfield area at the turn of the twentieth century and are still well known.

The Seiler house was purchased in 1965 by Homer Mastorakas for use as his law office.  In 1987 it was condemned by the State Highway Department in order to widen Olive Street Road. Mastorakas then moved his office to a building on Swingley Ridge Road. 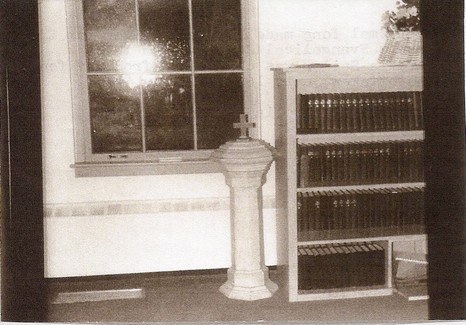