This website does not support Internet Explorer, We recommend Edge or Chrome.
City Home PageGovernmentBoards and CommitteesHistoric and Landmark Preservation CommitteeHistoric Families of ChesterfieldTyler Family

In the mid-nineteenth century there were three plantations located in the Babler Park area.  The owners of these plantations were Robert G. Coleman Sr., William H. Coleman (Robert’s son) and Henry Tyler.  These men and their families came to St. Louis County in 1837 from Spottsylvania and Caroline Counties in Virginia.  They brought more than 100 slaves with them to produce hemp as a cash crop.  Captain William Tyler also accompanied these men from Virginia and purchased 80 acres along Wild Horse Creek Road and Highway 109.  According to the Watchman Advocate, the Tylers were “either descendants or relatives of John Tyler, tenth President of the United States, and George Tyler, a former governor of Virginia.”

Henry Tyler had five sons and two daughters.  His daughter Elizabeth Jane married Robert G. Coleman Jr.  Captain William Tyler had four sons:  Zachary, John S., Dr. Benjamin R. and Alexander.  William served in the Missouri State Legislature in 1840 and 1842.  Sometime between 1837 and 1850, William had a picturesque cottage built on his property.  It had a second floor under a gable roof and still stands today at 18332 Wild Horse Creek Road.  During the Civil War, William served in the Confederate Army and died in Virginia in 1864.  His house and property were then purchased by Thomas W. Waters. After Waters death, William’s son Benjamin purchased it and immediately sold it to Robert Y. King of St. Louis for $1200.00.  James B. Eatherton purchased the property in 1885 for $1500.00.

John Tyler, grandson of Henry Tyler, built a mansion and slave huts on property near Howell’s Landing in the original Village of Saint Andrew.  However, when the Missouri River flooded in 1844, the mansion and the entire village were washed away.

The Tyler and Coleman families worshipped in the Antioch Baptist Church, which was organized in 1841.  Initially, the worshippers met in homes or schools until a small, windowless log church was constructed. In 1869, Robert and Laura Orr donated land at 18319 Wild Horse Creek Road and a more formal church was constructed.  Slaves formerly owned by the Tylers, Colemans, Eathertons and other area families actually built the church.  After the completion of the new church, the freed slaves acquired the old log church and renamed it Mount Pleasant Baptist Church.  Services were held in this church until 1925.

An African-American community had sprung up in the area of Church Road between 1865 and 1869.  James Ellis and Philip Winston, two former slaves, purchased and settled on 88 acres in the region.  They sold one acre for a cemetery.  William West, another former slave, bought 133 acres next to the cemetery, where he and his wife Malinda and their children lived.  Eventually, West divided his property among his heirs, but he set aside two acres adjacent to the cemetery for a church.  In 1925 a stone church named Union Baptist Church was constructed.  It replaced the Mount Pleasant Baptist Church and served its growing membership until a larger church was built in 1942.  This church was destroyed by fire in the late 1970s, but, with the aid of neighboring communities, it was quickly rebuilt.  A close-knit African-American community still exists in Westland Acres along Church Road (named for William West), which straddles the Chesterfield/Wildwood border.

Many members of the Tyler and Coleman families are buried in either the Babler Cemetery in Babler Park or in the Coleman Cemetery near Wild Horse Creek Road.  These cemeteries, like the Union Baptist Church Cemetery, are located in Wildwood today. 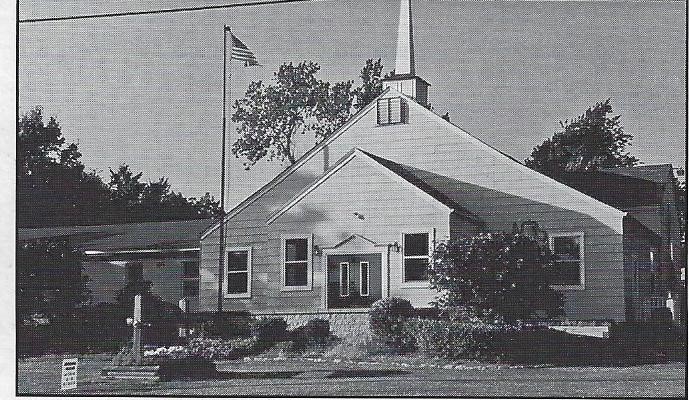